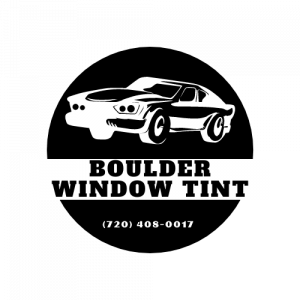 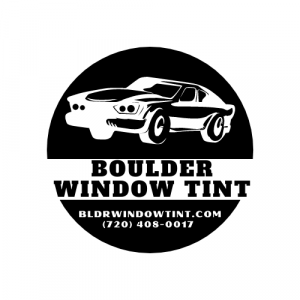 Tinting the windows of your vehicle has a number of benefits, but not all types of window tint films are equally effective in meeting each circumstance. If you have been considering tinting the windows of your vehicle, whether you want to help keep the interior of your car cool during the summer months, have a little extra privacy, or give your car a sleek new facelift, it is worth knowing the basic options available to you.

Dyed tint film is typically the most wallet-friendly option. It filters sunlight through a layer of dye and is often the most common choice because, from the outside, it looks opaque. This offers some privacy and reduces heat, but the dye can fade over time, thus becoming less effective. However, if you are on a budget, dyed tint film is an excellent option that offers multiple benefits for a relatively economical price.

Similar to dyed tint film, metallized film reflects heat from the interior of your vehicle, but instead of dye, it is composed of tiny metallic particles embedded in the film. Not only does metallized film keep heat out, the added metal also strengthens your window, making it more resistant to shattering. This type of tint is recognizable by its shine, and has a higher scratch-resistance than dyed tint film. Metallized film is more efficient at blocking UV rays and is less likely to fade over time when compared to dyed window tint. However, because of the high metal content, this type of film has the potential to interfere with cellphone and GPS signals.

Hybrid films bring together the benefits of dyed film and metallized film while reducing the drawbacks. Hybrid films have both metallic particles and dye; a commonly used combination is titanium and grey dye, resulting in windows that are neither too dark nor too mirror-like. A common misconception is that the darker your windows are, the better it reflects heat, but with hybrid film, this is not the case. The film is sufficiently bright and not too reflective, which delivers some privacy while still dispelling heat.

Carbon tint film has a dark matte finish and contains (you guessed it!) a high carbon content which blocks about 40% of the infrared light responsible for heating the interior of your vehicle. This helps keep your interior cool, similar to other types of tint film, but it also prevents your upholstery from fading. Additionally, unlike dyed film, carbon film will not fade with time.

Ceramic tint film is a relatively new type of tinting, and is on the more expensive side of the spectrum. It contains ceramic particles that are nonmetallic and nonconductive. Because of its nonconductive properties, ceramic film has been proven to be highly effective at blocking up to 50% of solar heat without blocking visibility during the day or at night. Further, ceramic tint film can block up to 99% of harmful UV rays (the kind that can cause skin cancer), thus protecting you against its harmful effects. While it may be a more expensive option, it outstrips the other types of film in its resistance to glare and fading, as well as effectively shatter-proofing your windows.

For more information about available tint film options, contact us and we will be happy to help you decide which tint is right for you. 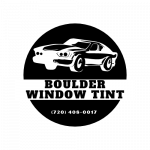 We can install window tint onto your home or office, much faster if you schedule in advance.

Boulder Window Tint is a referral service to pair you with the top window tint contractors in Boulder, CO area.